Training with our mentor Dundarak made us strong for our ongoing travels into the North, Although difficult the harsh lands of the North offers a type of beauty to it. The Locals of these parts are hard working people and live a simple life, However, some tell me of the New Frontier to the south and the new competition going on for its bountiful lands. My brother has caught wind of this " New Frontier " and feels that is where we will seek our fortunes. However, duty calls and the war with North Spear holds foremost.- St.Lance DeadKing in his Diaries days before he was struck down. 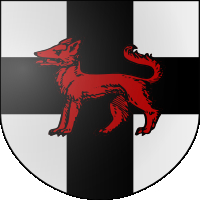 The DeadKings originate from an ancient bloodline of old Asrians. They once held the ancient title of kings of the Eternal and was the first nomadic clan to unite all of the Asrian people. The first known member of house DeadKing was Asra King of the Eternal.

Saint Dundarak the Moon Destroyer Patron saint of all priests, Scholars, and theologians

Song of the Eternal One

[Leader] Clothed in robes made of Void

[Group] We request the Sacred One

[Leader] He who fights the Final War

[Group] He shall rest in the One God's hall

[leader] Iron and Blood is the sacred call

[Group] He who answers will bring the One

[Leader] Gods of old will clash with new

[Group] The Victor will reign in the Golden age

[Leader] The Eternal One will light the way

[Leader] Eternal his soul and truth is his offer

[Everyone] The time has come to receive his Gift