The Ceres Family are the noble rulers of both the Polaris and Idraei sovereign realms. 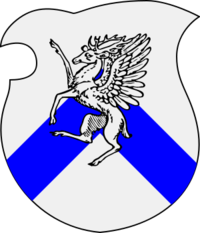 First records of the family's noble status begin at around (date illegible). by the Iuna Registry.

3194 years before the Cataclysm, the godwars began. Perhaps not quite nearly as well documented as the battles of epic proportions, many first ones chose to attempt escape rather than face the conflict on the continent. Refugees, cowards, they come in many names, but are nonetheless a very real facet of any war. The Ceres Family, one of their more famous works, the "Aegis Caelestia", a shield that nullifies any magic in an area, are famed for its master craftsmanship, engineering, and architecture, and the occasional statesman or general, were there a year into the battles, who built an ark to escape the war.

Settling on an remote archipelago far from the great continent, far beyond the territories of the High King Jason Lasar, the family accepted many now disillusioned first ones onboard the great ship to bear their family name and crest as well, some remained close family friends and are included anyways. Yet life was not easy, and the isolation and the harsh environment proved even a challenge for these great builders, terrible waves the size of mountains, winds that scarred the islands.

Upon sensing of the god wars ending however, the Ceres have decided to come back, and after seven years, they have arrived. And now they sit, as the rulers of Idraei, its capital a city built over the ruins of a Iunan citadel. Led by Edward Ceres, the then head of the family, and a rare talent for leadership, it seems that the family may finally begin to prosper yet again.

However, the fall of Bordeleaux and Idraei's defeat at the hands of Ascalon has set the family back. An impostor has now sits on the throne of a nation in exile, and the daughter and only child of the first king, Berenis now is cast out to reclaim what was one theirs.